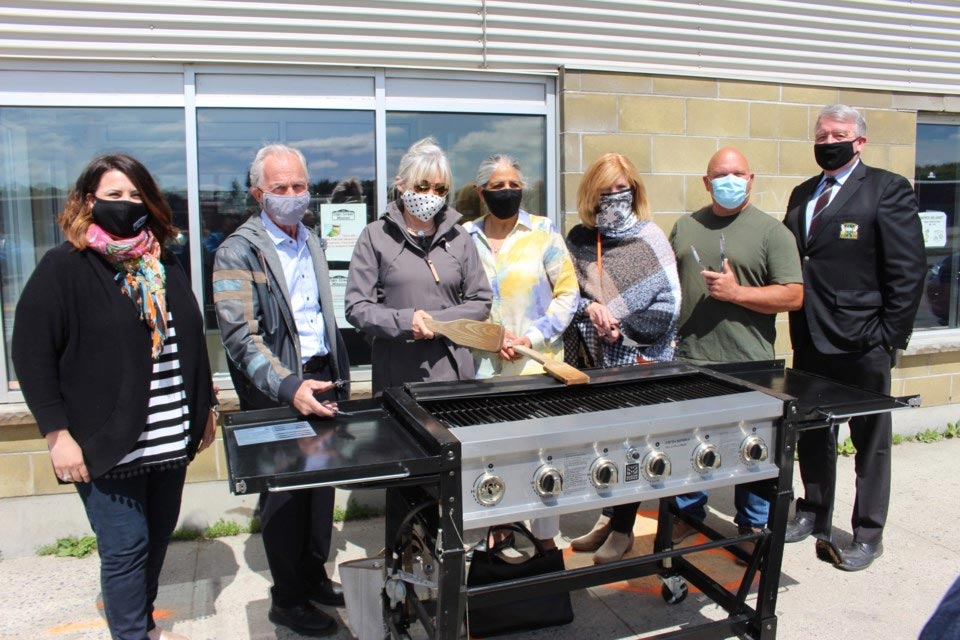 The Elgin Street is inviting the community to take part in their June fundraising event to help the city’s less fortunate.

The mission’s community care team assembled on May 27 for the launch of the fundraising event that aims at raising upwards of $80,000.

Throughout the month of June, the mission will be offering nightly sponsorships for $1,000 for anyone in the community to bring a team of four people to serve meals at the Elgin Street Mission downtown.

Additionally, for $10,000, a group of 10 can host a BBQ for the mission’s clients. There will be weekly BBQs on Thursday throughout the month, and three of the dates have already been spoken for, meaning that the fundraiser has already brought in $30,000.

“Mike Tulloch has a beef farm up in Thessalon and he’s agreed to donate all of the hamburgers and sausages,” said Lougheed. “This is truly the definitive Sudbury story where you get a whole bunch of people together where everyone is making and matching donations. Regency Bakery can do buns for hamburgers and hot dogs, so inevitably we’re feeding hungry people.”

The COVID-19 pandemic has created an increased need for the mission, as Lougheed says last year the mission was serving roughly 120 people per night, and that number has grown to around 200.

The idea for weekly barbecues in June somewhat piggybacked off last year’s program where the mission was able to supply 400 meals on Saturdays and Sundays, with Tim Hortons on Saturday and pizza on Sundays.

“The clients thought it was amazing that they were able to get Tim Hortons soup and sandwiches and a donut,” said Lougheed. “It’s a special thing for them, and they appreciate that, they don’t get barbecues very often.”

While the main focus of the fundraiser is feeding Sudbury’s hungry and keeping the mission sustainable, director/chaplain Amanda Robichaud says these types of initiatives are vital in growing the volunteer base and raising awareness around the issues facing the city’s less fortunate.

“We wanted to do something really special for our clients where people could come together and have some semblance of normal,” said Robichaud.

“People often say that once they volunteer it’s addictive. I think people have a conception of what we do, but once they get down here and actually start interacting with our clients, they’re hooked and they want to keep coming back and giving. It’s an invaluable experience.”

If you want to get involved with one of the 30 nights of serving meals at the Elgin Street Mission, you can contact them at 705-673-2163, or visit themission.ca.